Since I can remember, I have always been an artist. I loved drawing and my mother was the best supporter of my creativity, giving me pencils, paper and compliments about my first amateur sketches. At the age of 16, she enrolled me in some private art classes with a woman painter in my hometown, where I learned the first techniques of oil painting.

I was born in a small town in the state of Minas Gerais, Brazil, and being an artist was not something that was not thought for a man’s professional future. My father was a dentist and although he gave me all the necessary support, he did not believe in a career as a painter to his son making a living. So, when choosing a university I opted for advertising seeing as an opportunity for still use my creativity. After graduated I worked in advertising agencies as an art and creative director succeding in many good campaigns, but painting never abandoned my plans. I kept learning more techniques going to acrylic paints and mixing media, creating more dynamic images that went beyond the academic style I had learned in the art classes. My art selling started to increase as well participation in collective shows, getting also comissioned portraits.

After living in Rio de Janeiro for many years, I moved to New York between late 90s and early 2000s for some design classes. In 2004 I  went back to Brazil to live in Porto Alegre, a city in the South of the country where art and culture are very admired. I spent 14 yeasr in Porto Alegre working in advertising and doing exhibitions, puting my career as an artist in a professional way, getting more and more recognition about my art. It was a great experience, but I love New York!

Since January 2020, I moved back to New York with my husband Jorge. We live a happy relationship for 22 years. He is, besides my family and my true love, the biggest supporter of my work. I feel that my story still has a long way to go, which I intend to do with pleasure and joy. 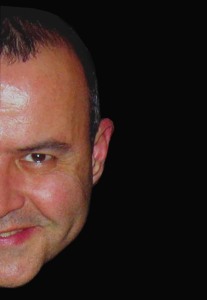 Maurício Porto was born in February 10, 1964 in Elói Mendes, Minas Gerais, Brazil. With a large background as Art Director in advertising, Porto is also a pop art lover doing his artwork on portraits and colorful themes.